Luscious Irish Desserts that Just Melt in Your Mouth

The Emerald Isle is the land of rich history and culture, but that is not the only interesting thing about Ireland. We should also emphasise on the pleasant dishes that the Irish cuisine offers to the culinary world. Today, we are shedding the light on the classic Irish desserts that you should try out.

Irish desserts are quite unique, bearing no resemblance to the desserts of other cuisines. Each dessert has its own history and story of how it was brought to life. But what we really care about is the irresistibly uncanny taste. Most importantly, despite the specialness of the recipes, they are still quite easy to make at home.

Whether you are in Ireland or not, you can easily prepare these succulent sweet dishes all by yourself. This means you don’t really have to search for the best places that serve high-quality Irish desserts. Check out our flavoursome list of the traditional desserts that come straight from the Irish lands and enjoy the authentic taste of sweetness.

The Irish apple cake is a staple dessert that you can smell in the air all over the country during the harvest season of apples. It is one of the classic Irish desserts that people have been enjoying since so many years.

All the ingredients used are quite humble, yet they result in a premium delicate mouthwatering cake. This fluffy cake has a delicious layer of tart apples in its center, adding the needed appley hints what this piece of sweetness is all about. The topping is a nice sprinkle of sweet crumbled streusel and a dash of creamy custard sauce. Many variations ditch the custard now, but it is a staple ingredient in the classic recipe.

Alcohol in chocolate cake? Yes, that’s actually how the Irish roll; they have a way of using Guinness in their recipe. The Guinness chocolate layer cake is one of the traditional Irish desserts with some alcoholic notes that you probably won’t even notice.

It is a tempting layer cake with the richest chocolate flavour and a moist that makes you want more. A rich frost of creamy cheese icing tops the fluffy cake, adding an extra sweet taste. You have the option to drop the white froth if you have the tendency to keep your desserts a little less sweet. We promise the heavenly taste will still not be affected.

If you are looking up some of the sweetest Irish desserts that go with your steaming hot cup of coffee, opt for the small chocolate whoopie pies. This little pie is a sickly treat that sort of looks like little Oreo cookies but is much softer.

Those little whoopie pies are made up of mini rounds of soft cake, with some fluff stuffed in between. The filling could be either marshmallow cream or vanilla buttercream, adding a dash of sweetness to the super moist pie.

Baileys Irish cream is the most popular liqueur in the Emerald Isle. While it is not a treat on its own, it goes with almost all the Irish desserts, creating the most succulent delicacies the world has known.

The Irish shortbread is a type of biscuit that the Scots used to consume in great amounts back in the Middle Ages. Interestingly, the traditional recipe hasn’t changed throughout the centuries, so you can basically enjoy a sweet delicacy that comes straight out from the past.

Those little cookies have that kind of a sandy texture and they come in different shapes and sizes. They are also quite associated with St. Patrick’s Day. The mixture between sugar and cream butter gives it that delicate feel that is sufficient to keep your sweet tooth satisfied.

Rather known as crumble, this sweet dish is made with peeled apples, chopped into rich chunks, and blended with sugar and lemon juice. The heavenly blend is then put into the oven to bake into the delicate crumbly dessert that it is. A soft topping is spread over the dish for an extra flavour. Sometimes other ingredients, like oats or nuts, are added.

This dish is a staple in the Irish desserts that has made its way through most of Britain during the World War times. Most times, people confuse apple crumble with apple crisp. Yet, they share some similarities but the toppings are usually different. Apple crisp always includes a crunchy topping of chopped nuts along with some fulfilling oats.

If you enjoy the sweetness of honey, you should go for the sickly dish of oat flapjacks. It is known as golden syrup and is poured over the flat cakes made of oats. The mixture is then baked under it and reaches that crispy, golden hue. Then, the cake is cut into slices of squared bars with a delicate texture that melts into your mouth.

The traditional version doesn’t require any additional topping. However, like many other Irish desserts, variations have taken place, allowing for more options. Going for a topping is a matter of personal preference. Some like adding some creamy icing to add a different flavour to the bars. Adding a melty chocolate sauce is also an option to consider if you are into rich chocolatey taste.

Another boozy cake on the list of the most succulent Irish desserts is Bailey’s chocolate poke cake. It is filled and topped with Baileys, creating a perfect combination between chocolate and alcohol. This makes it another dessert that is suitable for adults only.

Well, it is known as poke cake because many holes are poked into this cake. You can use any chocolate mixture to create the fluffy cake of your choice then poke some holes into it to add the best infusion. A nice syrup mixed with Baileys is then poured over the open hole, soaking the cake with a rich flavour.

Puddings are an Irish staple in many homes, given their deliciousness that offers comfort and fullness. They are also great ways to keep one warm during the cold days of winter. Bread pudding has always been one of the Irish desserts that you can seek for a hearty sweet meal. This pudding is made with bread and butter for a delicate texture that instantly melts in the mouth.

Some people like to use their brioche leftovers to create this satisfying dessert, but any type of bread will really do. The addition of cinnamon notes makes this meal even sweeter and more of a  glacé. You can add topping to complement the sweetness by either having a generous scoop of ice cream or even whipped cream.

Porter cake is one of the Christmas guests in Ireland that requires preparation a few weeks ahead. Not many Irish desserts contain fruit, but this porter cake is here to save the day for all the fruit lovers out there. People in Ireland always bake this cake several weeks before Christmas and keep it in an airtight tin until it is time for it to see the light again.

Porter cake is a fruit cake that takes a few whiskey drops to be poured over it to keep it from drying out. It is quite fluffy with a very delicate texture and bears a resemblance to the famous shortbread. However, this one is stuffed with dried fruits along with porter beer. It is a boozy dessert that is served during holidays right after dinner is served.

Potatoes are a staple ingredient in Irish cuisine and you find them making a special appearance in almost every dish on the holidays. But do they really use it in creating their desserts as well? Well, not really. The Irish potato candy is just a potato-less Irish dessert. It got its name for being a sweet ball that resembles the shape of a small potato.

However, Irish potato candy is one of the Irish desserts that you would definitely want to try out. It is a ball stuffed with coconut cream and rolled into cinnamon. Although it has not originated in Ireland, it is one of the most popular candies. Not only is it really cute looking but it is also equally succulent and is a great way to satisfy your sweet tooth.

Saint Patrick’s cookies is one of the popular Irish desserts that people eat on, obviously, the national holiday of Saint Patrick’s Day. They are green-coloured cookies shaped into the famous symbols of Ireland, including leprechauns’ hats, shamrock leaves, the Irish flag, and horseshoes. You can add chocolate chips to the cookies for a nice chocolatey flavour. Some also like to create a cookie sandwich, stuffing dreamy cream in between for extra sweetness.

If you are a huge fan of chocolate then you should consider this dreamy pot of melted chocolate that feels so delicate in the mouth. Chocolate pots de Crème is one of the fancy Irish desserts that one can easily prepare at home with the simplest yet yummiest ingredients. The pot consists of dark chocolate blended with milk and cream. If you prefer to reduce the bitter taste of dark chocolate, feel free to add a little amount of sugar.

The grasshopper cheesecake bars took inspiration from the renowned shake under the same name. It is pretty much brownies but with an Irish spin on it and a green colour to fit the theme of the famous national holiday, St. Patrick’s Day. Mint may not be a staple ingredient used in the Irish desserts but it is nonetheless quite significant given its precious colour. Those bars are mint-based and mixed with crunchy chocolate chips and some cream cheese for a delicate frosting.

Bread cakes are among the popular Irish desserts that have been embedded in their culture and traditions. They are delicate with fluffy textures that just melt in the mouth. Soda bread is one of the most famous sweets in Ireland. It is among the special dishes of Saint Patrick’s Day, but it can also be found all year long in many houses.

The Irish soda bread is a dough made by mixing buttermilk with baking soda, creating a cake-shaped dough. It is served as a plain bread-like dough that you add almost anything to it. You can use jam, marmalade, chocolate spread, or any other spread of your choice to enjoy this succulent delicacy.

The Irish coffee cake is one of the boozy Irish desserts that just cannot resist. It combines more than a few flavours that are all equally appetising. This dessert is made with a regular chocolate cake mixed with hot coffee and Irish whiskey. They all come together to create a heavenly blend of sweet goodness. Choosing to spread a dash of whipped cream on top is a matter of choice. However, we encourage you to add more flavoursome ingredients to your own little sweet slice from paradise.

Cheesecake can beat any other sweet delicacy at any time and that which is Ireland’s special is no exception, Bailey’s cheesecake because Baileys is suitable for pretty much anything. This flavoursome cheesecake is among the tasty Irish desserts to reach out for when you’re looking for some comfort food.

This special cheesecake is a celestial piece that has a crunchy crust that is filled with chocolate chips. Sweet Irish cream is layered on top for extra softness that melts in the mouth. Bailey’s shots are added along with coffee, if preferred, to add a unique spin to the cheesecake before it is baked to perfection. 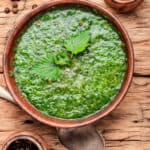 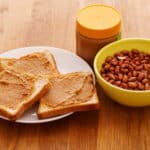